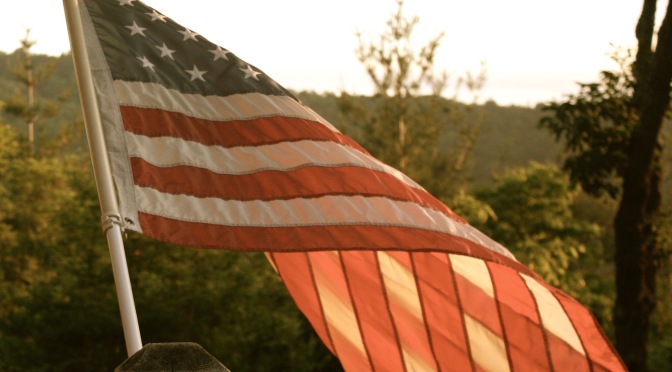 We can and must re-learn how to agree on principles where positions and actions might be different, even in opposition.

We nave a crisis of moral integrity not just with Donald but with all those who detest his aims and his actions. It has to do with the foundations of service to our country in any elected office, but most importantly the deployment of those foundations by a President, since we are hierarchical: we tend to follow the example of the more powerful whether they are elected or not

those foundations, in my hymble estimation, are:

1. If you can’t stand the heat, get out of the kitchen.

2. The buck stops here (on the Presidents desk).

Simply put, the sine qua non, the indispensible aspect of US government leadership is knowing and acting on a rock solid , unequivocal morality of service to the nation. Presidenst for 244 years have acted, more and less, all within the scope of the foundation, esamples of selfless service. And glady so because they believed in our experiment in democreacy and ,if not at first then later on, understood that fact and the requirement that they grow to live and use that moral stance.

We have lots of exam;ples of this, but the American one I like best comes from our President-elect. He said that his decision about whether to stand for office involves a yes answer to a self-motivation check: is this a cause worth losing for? . And General von Treschkow, organizer of the Walküre Assassination attempt on Hitler said:

When the coup failed, von Treschkow committed suicide so that the Gestapo coould not torture him into revealing conspirators’ names.

Now we have Donald Trump who is exactly the opposite of that and seeks, in his unending raging self pity, only to negate what others hold dear.

.The election of Joe and Kamala will mean nothing at all if Trump is permitted to continue his destructive temper tantrum. He will because committed sycophants like RichMitch and MayhemGraham are enablers. Forget about having them ever take any stand that might upset their own apple carts.

Who else then has the message of emergency and flaming hot moral indignation keeping him or her awake at night and is in a position to act to rid us of Trump. Whose hurt at staying inactive in the face of this repugnancy has finally superceded the power of the fear of retraliation?Who will be our Henning von Treschkow?

What can we do until that person or those persons act?

It depends on understanding who trump is and not mistaking him from the Frankenstein act he has learned to perform so well,. Actually he has to some degree become that monster, but that is still only the surface,.

At base, as I have asserted previously, Donald is an unrecovered, terminal alcoholic or addict. He does not use those substances, but the use and abuse of such are only the symptoms of his disease anyway. No alcohol in Donald, but all the ‘ism.

And now his supplly of the alcohol substitute, the most poerful aphrodisiac, power, he feels slipping through his little, pudgy pamperd mans hands. His ersatz boose store has closed forever. And he has had no chance to detox.

But more that than, he has had the substitutes for booze ever since he was two years old , when his father began to pay him fto be his son. He has lived since then in a psychotic break in which he thought he was doing reallly well but in reality was a two year old trying to be an adult. The result: unending failures and infinitely more anger, but zero knowleldge of where ti comes from or how to forgive and move on. Like real sober humans do every day.

But he can still fuel the delusions of psychotic break with: attention. Makes no difference whether positive or negative, it stokes his fires. Different strokes for different folks.

So, scare the brown-nosing Mitch and Lindsay away, brush them off the sidewalk like lumps of mown grass. And then make sure that the attention to Donald begins to to be suppressed..

Fill in the silence with Alec Baldwin.s red hot lampooning of Donald the Dumb.; Run SNL cold opens 24-7-365 but do not let Donald get into it. Do not mention, allude to, mock, try to outdo his birdbrained tweets. And play lots of upbeat music, anti war music, anti autocrat musik, victorious march music, he classics, the best of todays music. Start ZOOM REBOUND choruses and broadcast their concerts when he tried to speak on the radio.

And all the while make sure that a totally loyal and highlly esperienced special forces cadre is ready to stop him and any acton by any proxies violently to get Donald his way. If need be, cage him.

He is a broken human, a man separated by his own anger from God, and if permitted will go to any lengths to keep his fix.

Be prepared for anything and all of the worst you can imagine. If we are not, we well may wind up the targets of his addicts rage.

Who is it who will stand and be counted?

This site uses Akismet to reduce spam. Learn how your comment data is processed.

Finding the right path and keeping the small flame of integrity burning.

“Compassionate toward oneself, we reconcile all inner, and the universe - from within.”

Towards a Read/Writ/ing of World Literature

Apps for any screen

words and music and stories

Let's recollect our emotions in tranquillity

Music for Discerning and Curious Minds

Above Illusion
The Channel of Matt Ries

A modern symposium for the digital age

On creating liberation spaces and lifting up voices for change.

This is a blog about the spirit of the time, the general intellectual and moral state and the trend of culture and taste characteristic of an era. O tempora! O mores! O the times! O the manners!.

Lens and Pens by Sally

A daily selection of the best content published on WordPress, collected for you by humans who love to read.