This is the time to be ramping up defenses against Coronavirus. Does it look in the picture above that Donald gives a damn about anything besides his fake tan? Well, he does not and we will pay a huge price for his malfeasance. Just when we face a pandemic with no treatments and need to put on the greatest push, he takes away the funding.

The German Robert Koch Institute reported yesterday that the number of cases of the Coronavirus in China (yesterday 45000 with 1100 deaths) had possibly stabilized. That was cause for tentative, cautious relief. In the same breath, however, it warns that a worldwide pandemic of Coronavirus is still entirely possible.

And today Die Zeit reporrts that a professor at the Berlin Charité said that the worldwide count had reached 60000 with ~1300 deaths from the virus. (ca 2%–about where it has been all along). He also said that a new variant of the disease is spreading, and that experts estimate high numbers of infections worldwide, although for most the infection would be mild and not life threeatening. The major concern was and is Africa where public health institutions are weakest. Africa could be the cannon that shoots the virus around the world and soon. The best estimates are, according to the DIe Zeit reports, that the virus could infect 60% of the worlds population.

From the report yesterday, it is clear tha despite all out efforts around the globe to hold back the virus and then to stop it, help is not just around the corner. There are three or four good candidates for vaccines, but human testing will not begin for ar least three months. And the WHO reports that a working vaccine distribution is probably still 18 months away.

We, those 327 million people, who rely on CDC and NIH to help us in such emergencies, have been thrown under the bus in the President’s budget proposal. Ir will reduce all Federal funding for just about every aspect of healthcare we have. And as is usual with the Reaganomics infected Republican minds, those least able to defend themselves will be hit the hardest. That means Trumps base still some Evangelicals and the blue collar sector. As they as a group will certainly rely at least as much as the rest of us on Medicare, Medicaid, federal aid, vaccines, hospitals which take Medicare and Medicaid, this time their boy will be goring their ox.

Listen up for once! Your Man on the White Golf Cart threw me and you under the bus so that his rich buddies and controllers can keep on sucking the wealth out of your pockets.

Wake up Red State dreamers! Forget all the blather from the highl paid verbal bullies at Fox News. Follow the one thing that their well greased propaganda cannot hide for long: the money. It is NOT GOING TO YOU OR ME. It is going to those at the top of the wealth pile here who do not need it, who have not earned it and whose loyalty is to their own assets, not us the people who do the work that keeps their systems alive.

Is this what a Great America looks like: 60% of its citizens ill, 2% dying and no resources, no care, nothing at all available to help?

Does a Great country have a President who will sacrifice YOU so that he can set up an economy to do only for himself and his controllers what he has never been able to do: grow wealth–?

What is wrong with your perceptions? Follow the money, it does not flow into your pockets or mine.

The emergency alarms are all clanging frantically. He is letting pollutin slow down cleaning of your air, when we must MUSTR speed it up to save our planet. And if that were nor bad enough, now he wants to cripple your health. Both the budget and its dangerous, callous, dead-soul champion are categorically unacceptable and deserve only maximum contempt . Pray for him, yes: and until God exacts His vengeance onto DT, give Donald the gold treatment: do unto Donald only Donald has done unto you. 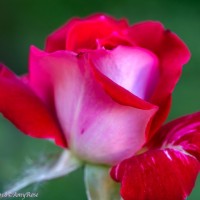 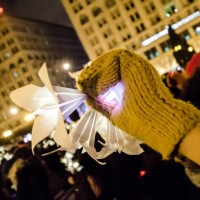 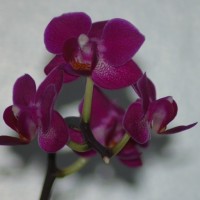 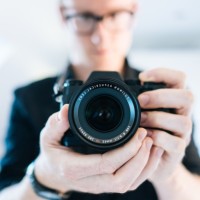 words and music and stories

Let's recollect our emotions in tranquillity

Music for Discerning and Curious Minds

The Channel of Matt Ries

A modern symposium for the digital age

On creating liberation spaces and lifting up voices for change.

This is a blog about the spirit of the time, the general intellectual and moral state and the trend of culture and taste characteristic of an era. O tempora! O mores! O the times! O the manners!.

Lens and Pens by Sally

A daily selection of the best content published on WordPress, collected for you by humans who love to read.

The Art and Craft of Blogging

The latest news on WordPress.com and the WordPress community.